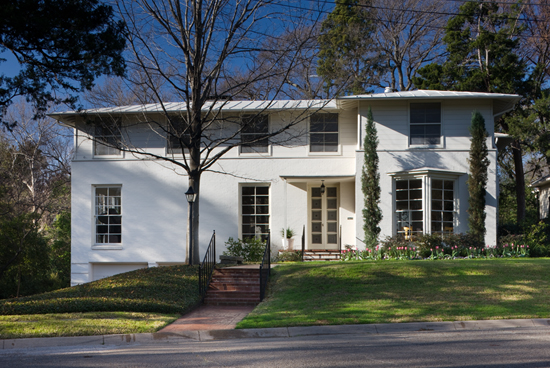 One of the essential elements of the Texas Modern style was the orientation and design of the home to protect it from the environment and take advantage of the environment. At 3514 Rock Creek, O’Neil Ford created three levels of verandahs, balconies, and screened-in porches oriented to capture the cooling breezes over Rock Creek and provide views of several acres of forests that descend toward Turtle Creek. The home has been recently renovated, preserving the original style and accentuating its modernity. 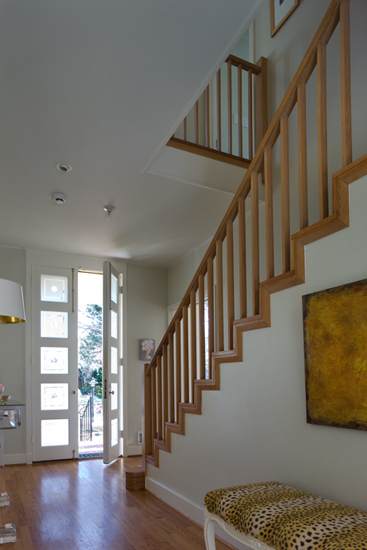 Ford introduced his pyramidal capped newel post and thin rabbit joints to embellish the modern woodwork, doors and stairs. You can see architectural details introduced in this home that were used two years later in the Bromberg home on Wendover and in Frank Welch designed homes built 60 years later. 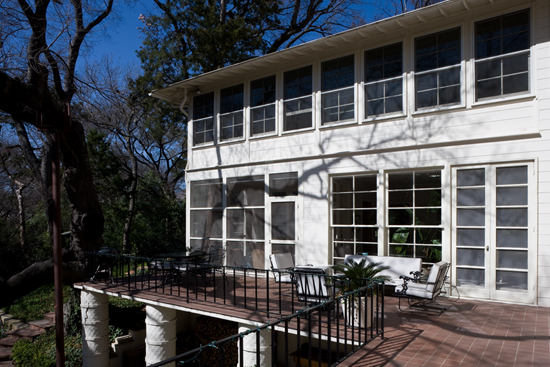 Whether the site was perched on top of a hill at Stonebridge overlooking Turtle Creek, or placed down and hidden along White Rock Creek in Preston Hollow, or deep in the woods of Lakewood, O’Neil Ford had a penchant for finding the greatest places for the homes he designed. The location of 3514 Rock Creek is my favorite. It is at the top of the hill in the middle of Turtle Creek Park, the secluded neighborhood framed by the Katy Trail, Rock Creek and Turtle Creek. Virtually every room has an expansive set of windows and glass doors on three sides of the room overlooking several acres of forest as Rock Creek plunges towards Turtle Creek.

For 40 years this architecturally distinguished home had been kept in pristine condition by the most prominent engineer in Texas. Hidden, private and sublime this recently renovated significant and historic home welcomes modern furniture and Texas grace. It is one of the true great Texas homes. Making some home buyer very lucky, this O’Neil Ford designed home will be coming on the market and offered for sale.